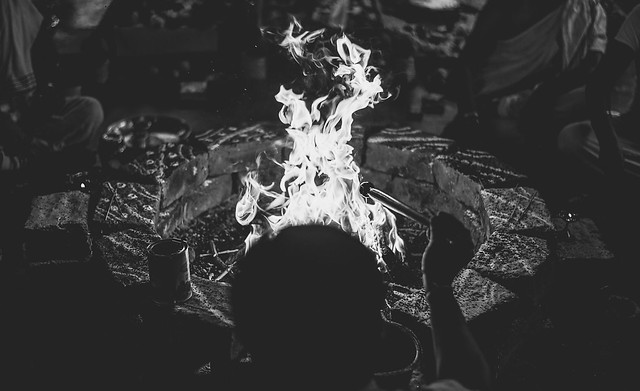 Why Dharba (holy grass) is used as ring during on our auspicious and inauspicious occasions !!..
This article is on one of the practices widely used by Indian Brahmins all over using a Holy Grass named Darbha, Dharbham or Dharbai.

The botanical name is Eragrostis cynosuroides and in Hindi they call this as Kus or Kusha. Brahmins use this Dharbai grass in all functions, auspicious or inauspicious. A performing person needs to wear a ring made of this Dharbham. But many have lost the reason of why it is to be used in the first place.

What I learnt from my father is proved to be accurately correct by a Medicine Practitioner. A Medical Practitioner once visited my home. When the topic turned to many subjects, I needed to tell him about the Holy Grass named Dharbham. When I told him about the usage and the values, he could not just believe my words. So, he took out a bunch of the Dharbham from me, went straight to the clinic to take an X-ray of his palm, by covering his hand with the Dharbham.

To his utter surprise, he found that the grass absorbed about 60% of the (X-ray) radiation!

When the so powerful X-ray radiation can be absorbed by the Holy Grass, why can it not absorb the ill-radiations spread over the atmosphere?
At the time of Solar eclipse or Lunar eclipse,our elders used to keep this Holy grass in all the food containers in the house to protect from radiation of eclipses.

While chanting and reciting some Vedic phrases and verses, one needs to wear a ring made of Dharbham on his right hand ring finger. This is most essential, while performing all the rituals, such as Agni Santhanam, Thiru-Aaradhanam, all sorts of Havans known as Homam etc.

Also, when a fire ritual known as Agni Santhana is performed, these Dharbham are spread all the four sides of the Agni Kundam. Also, during the Eclipse time, these Dharbham are used to cover all food items to protect them from the harmful ultra violet radiation.

Whenever any function is held, firstly they perform a site-cleansing act known as “Sudhhi Punyaahavachanam”. While reciting the selective versus, they hold the Dharbham bunch in their hand and
placing the tip point of it over the vessel containing water. Thus the recited vibration values are absorbed by water in the vessel through the Dharbham.

They found that the Holy Grass known as Dharbham has the highest value in conducting the phonetic vibrations through its tip. Later, they sprinkle the Holy water at every nook and corner of the place, where the function is held. A Dharbham without the tip is considered of no value, as the conductor-type value is lost in it.”

Our Rishis were of  greater knowledge than today’s scientists ,  today’s science is struggling to understand the inventions of ancient Great Rishis..
“Let us save our ancient science and our great heritage ”

P.S : Forwarded by a research fellow and known fellow of our Hindu rituals

One thought on “The Holy Grass : Darbha”