Miracles and prayers goes hand-in-hand. Anything is possible with prayers. Read this beautiful forward and see how miracle happens. 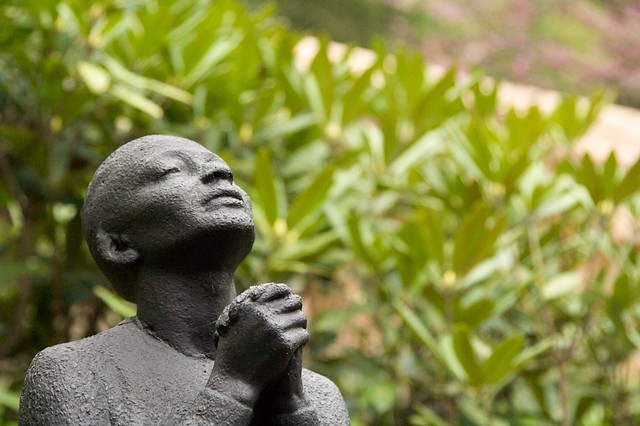 Dr. Mark, a well-known cancer specialist, was once on his way to an important conference in another city, where he was going to be honoured by an award in the field of medical research. He was very excited to attend the conference and was desperate to reach as soon as possible. He had worked long and hard on his research and felt his efforts deserved the award he was about to obtain.

However, two hours after the plane took off, the plane made an emergency landing at the nearest airport due to some technical snag.
Afraid, that he wouldn’t make it in time for the conference, Dr. Mark, immediately went to the reception counter and found that the next flight to the destination was after ten hours.

The receptionist suggested him, to rent a car and drive down to the conference city which was only four hours drive.Having no other choice, he agreed to the idea, despite his hatred for driving long distances.

Dr. Mark rented a car and started the journey.However, soon after he started, the weather suddenly changed and a heavy storm began.
The pouring rain made it very difficult to see the road and missed a turn he was supposed to take. After two hours of driving, he was convinced, he was lost.

Driving in the heavy rain on a deserted road, feeling hungry and tired, he frantically began to look for any sign of civilization.After some time, he finally came across a small tattered house. Desperate, he got out of the car and knocked on the door.

A beautiful young lady opened the door.He explained the situation and asked her if he could use her telephone.However, the lady told him that she doesn’t have a phone or any electronic gadget but told him to come inside and wait till the weather improved.

Hungry, wet and  exhausted, the doctor accepted her kind offer and walked in.The lady gave him hot tea and something to eat. He was feeling relaxed.The lady requested him to join her for prayer.

But, Dr. Mark smiled and said that he believed in hard work only and told her to continue with her prayers.Sitting on the chair,doctor watched the woman sitting in the dim light of candles as she prayed next to what appeared to be a small baby crib.

Every time she finished a prayer, she would start another one.Doctor felt that, the woman is in need of some help, and spoke to her as soon as she finished her prayers.The doctor asked her, what exactly she wanted from the God, and enquired if she thought God will ever listen to her prayers.
He further asked about the small child in the crib for whom she was apparently praying.

The lady gave a sad smile and said that the child in the crib is her
son who is suffering from a rare type of cancer and there is only one doctor named Mark, who can cure him but she doesn’t have money to afford his fees and moreover, Dr.Mark lives in another far off town.
She said that God will certainly answer her prayer one day and will create some way out one day and added that she will not allow her fears to overcome her faith.

Stunned and speechless Dr.Mark was in tears, which were rolling down his cheeks.

He whispered, God is great !!!!
He recollected the sequence of events:
there was malfunction in the plane, a thunderstorm hit,lost his way;
and all this happened, because, God not only just answer her prayers, but also gave him a chance to come out of materialistic world and spare some time to help the poor hapless people, who have nothing but rich prayers !!!

Always be prepared to do, What God has prepared you for…
“There are no accidental things in Life . Everything happens for a reason”.