Holding the worlds apart, as the Heavens high He spreads;
Himself the scorching Fire, Sun and Moon,
Himself the Mother that sends down the rains
Himself the mountains strong and oceans cold.
– A poetic verse no.10 from Tirumantiram 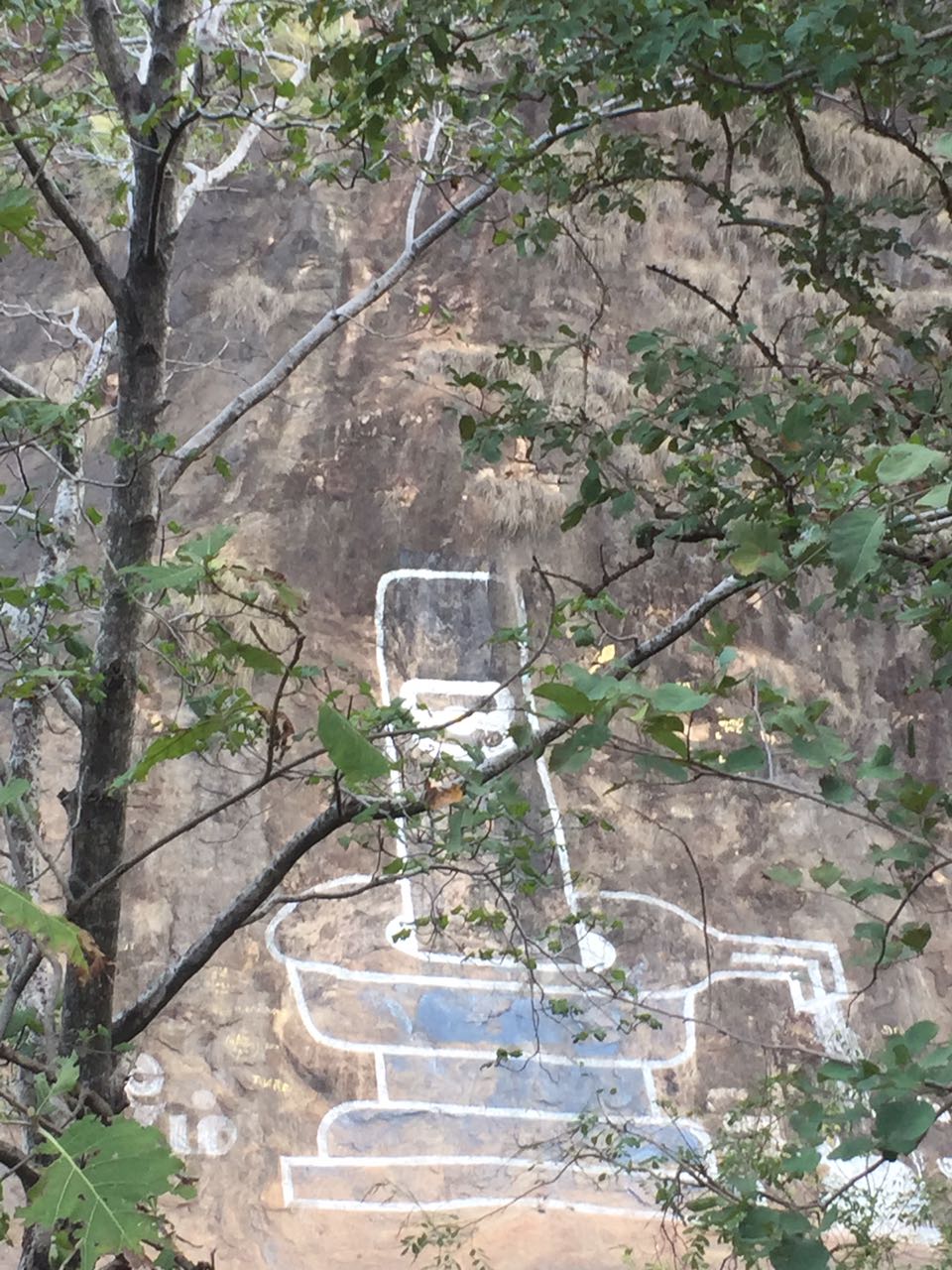 Shiva, the mighty god of gods, is revered since many yugas in India. Shiva, also represents the higher consciousness which is present in all of us. India has always been a land of seekers, a place where people have questioned life, wondered what it is beyond the world projected by the five senses. From the various yugas, the mystery of life has been questioned and debated. Few of them turned inwards to understand. Such mystics who have spent their whole life and various births to solve this riddle, consider india to be such a blessed land which has given them opportunity to delve deeper into their self. The seers/yogis/mystics who have transcended their mind and bodies have found shiva as a subtler form of higher consciousness within them.

Space intermingling with space,
Nectar drowning in nectar,
Light dissolving in light-
The elect are they, the siva-siddhas.
Who these splendid visions perceive
– Poetic verse no. 124 from Tirumantiram

Siddhars, are such seers who have risen to their higher selves across many ages. They have attained few siddhis and are regarded to have magical powers and they bring forth their knowledge to common folk to help them through the samsara of life. Many such siddhars are still believed to live in their astral bodies in one mystical mountain called Sathurgiri, in south India, which is considered as the embodiment of Shiva himself. Many spiritual aspirants from all over the world come and seek blessings of the lords and siddhars. The picture above depicts siddhar Agastiar on a bark of a tree.

This mystical mountain is square shaped and is surrounded by four hills – hence the name chathuragiri (chaturam – square, giri – hills). These four surrounding hills, also represent the four vedas.The legend has it that, when lord Hanuman was passing by Sathuragiri with the Sanjeevani hill, Siddhars requested him to give a fragment of Sanjeevani mountain to them. It is due to this fragment which lord Hanuman happily gave them, this hill contains many medicinal herbs and plants.The center point of the hill is also known by the name of Sanjeevamalai. Sathuragiri still houses many rare and kaya kalpha herbs. Siddhars in their various works have mentioned the preparations of these herbs to heal and transcend the body and mind. 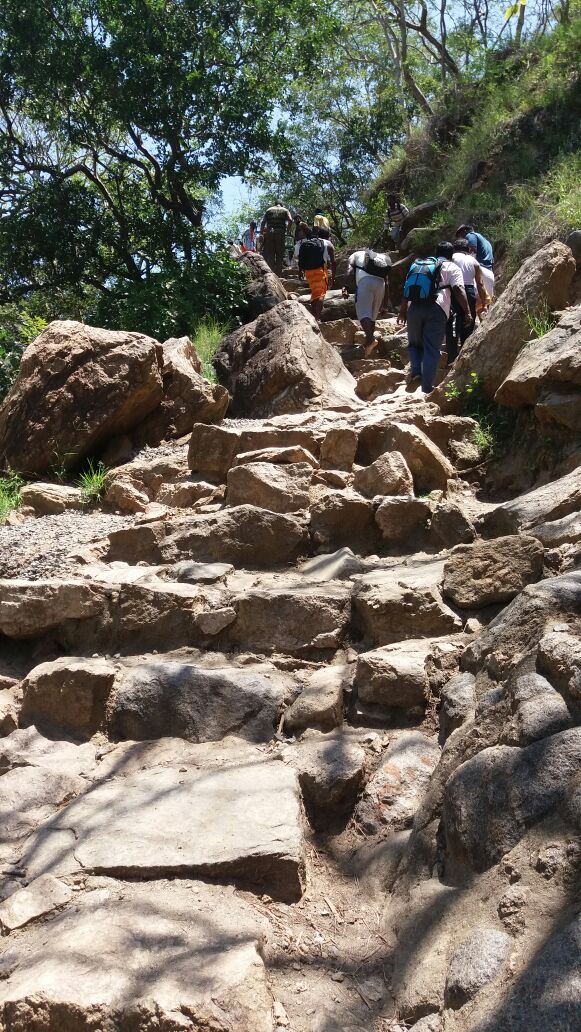 It is believed that only when one gets a calling, can the devotee successfully make it to the hill. The devotee needs to surrender himself to the hills and trek through the tough rocky terrain of the hills which is about 7 kms walk from the foothills of Sathuragiri to the hilltop where SundaraMahalingam and Santhana Mahalingam temples exist.The only authorised entry point to Sathuragiri is through Thaniparai town in Virudhunagar district. There are three other routes from Theni and other towns, but it is illegal to take other routes as it may disturb the wildlife and also due to safety issues of the devotees. The pilgrims are allowed only during six auspicious days of the month – i.e. on Amavasya, Poornima and Pradosham days. There are various mattams on the hill top which provide food and shelter for the devotees who throng the hill on these auspicious days. Devotion to their personal god, gives people strength to overcome many obstacles. To take blessings of their lord who sits high upon a mountain, people take on tedious journeys. A varied range of devotees are seen – some get a calling to seek blessings of the hill in their meditations and some bhaktas carry their small child in a doli made of sugarcanes and a cloth and the parents hike the hill along with their infant or toddler. 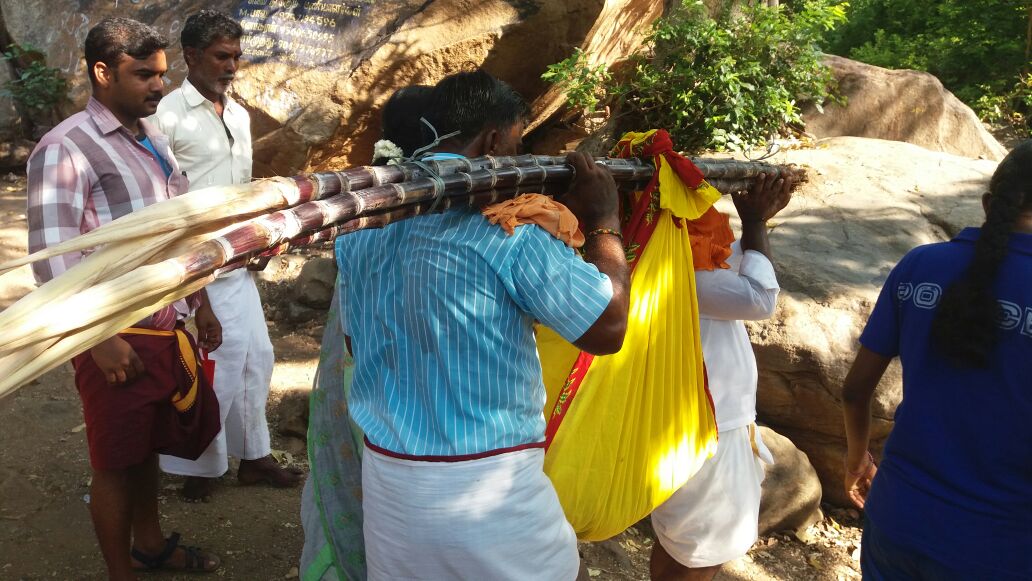 This mystical hill is a hidden treasure for a spiritual aspirant – from
exploring the many hidden caves to meditate or just to breath in the air filled with aroma of herbs, it is one-of-a kind  journey people embark upon.

After working as software developer, I shifted my lens to more soulful work which includes freelancing and teaching computer science. I am passionate about our indian culture and holistic living. Being part of swarnaprashna group, gives me a chance to work along and meet people who share the same passion and learn along the way. You can reach me smitharavi97 AT gmail DOT com View all posts by Smitha Ravi