An unexceptional parenting advice by Osho. Live and let live. 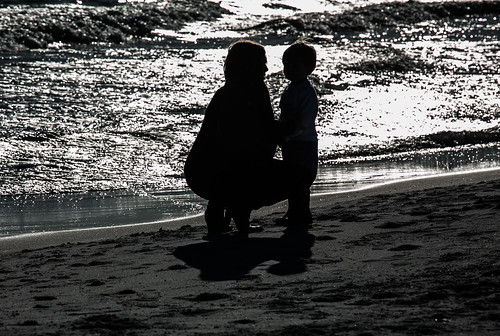 You will be gone soon but the children will be here. And nobody can manage anybody else’s life. Though they are with you, yet they belong not to you. You may give them your love but not your thoughts for they have their own thoughts. You may house their bodies but not their souls, for their souls dwell in the house of tomorrow, which you cannot visit even in your dreams. God will take care. It is none of your business to be too concerned. Whatsoever we can do, we do, but one should not hanker about things going the way you want. That is very egoistic.

You have given birth to a child, but once he is out of the womb he is free of you. First he depended for his breath on you when he was in the womb. Then he will take his own breath.

You don’t say,
‘What are you doing? Are you trying to be free of me? Trying to be independent?’

You feel happy that your child is breathing.

First he will take milk from you, then one day he will start eating on his own.

First he will go on clinging to your apron and then one day he will leave it.

You will be happy because the child is growing, becoming mature. Then finally one day he falls in love with a woman.
He has found his woman, so he will go on his own way.

Bless them, and whatsoever happens they have to find their own life and their own meaning to life.

Now you are free.Just try to find your meaning, your life, your goals, and devote the few days that are left to the search of the ultimate.

Don’t be concerned with ordinary things. I have never seen a single parent who is happy about their children. I have heard a Jewish joke..

A Jewish woman died and the first thing she asked when she got to heaven was if she could see Mary. So it was arranged. She went to see Mary and said, ”I have only one question to ask. You must be the happiest woman in the world. Your son is worshipped by millions.” Mary said, ”What! I always wanted him to become a doctor”.

Nobody is ever happy. Even the father of Buddha was not happy. He was very very annoyed because his son turned out to be a beggar. He became a sannyasi and the father was hoping he would become an emperor. He crushed all his father’s hopes.

One thing is certain that the child is not here to fulfill your expectations.
The child is here with his own destiny, and he will unfold his own destiny. You are trying somehow to direct his destiny and that is going to be frustrating. So if the child becomes a thief or a murderer, of course the parents feel bad, and it looks logical.

But even if he becomes a Jesus or a Buddha, then too they feel frustrated
because they have their own ideas and the children try to do their own thing.

Accept it and bless them. They have to find their own ways

Who are we to interfere? And how can we?

Pray for them but leave them on their own. You try to grow yourself.