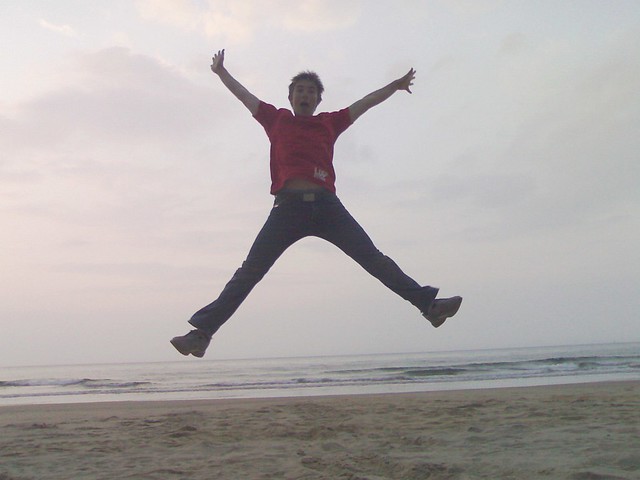 The US government has finally accepted that cholesterol is not a ‘nutrient of concern’, doing a U-turn on their warnings. In the meantime of 40 years ,US Drug Industry in connivance with Health Department made over 1.5 trillion US Dollars by selling cholesterol lowering drugs. This fear probably caused death of a million gullible citizen who believe the US drug industry. – comment by Nikki Barri  .

Cholesterol has been on the “naughty” list of nutrients for nearly 40 years, with health officials warning us to stay away from high-cholesterol foods since the 1970s to avoid heart disease and clogged arteries.

“Full-fat dairy products and avocados are high in good fats.” But,US officials have finally given the green light for a U-turn on previous warnings, which means eggs, butter, full-fat dairy products, nuts, coconut oil and meat have now been classified as “safe” and have been officially removed from the “nutrients of concern” list.

The US Department of Agriculture, which is responsible for updating the guidelines every five years, stated in its findings for 2015: “Previously, the Dietary Guidelines for Americans recommended that cholesterol intake be limited to no more than 300 mg/day. “The 2015 DGAC will not bring forward this recommendation because available evidence shows no appreciable relationship between consumption of dietary cholesterol and serum (blood) cholesterol, consistent with the AHA/ACC (American Heart Association / American College of Cardiology) report.

“Cholesterol is not a nutrient of concern for overconsumption.”

Eggs are no longer on the ‘naughty list’.The Dietary Guidelines Advisory Committee will, in response, no longer warn people against eating high-cholesterol foods and will instead focus on sugar as the main substance of dietary concern.   The 70s, 80s and 90s were the ‘non fat’ years, with the government warning people to limit the amount of high-cholesterol foods in their diets to avoid heart disease and strokes.   But nutritionists and scientists have long been campaigning for the U-turn, which started with introducing “good cholesterols” back into the ‘safe zone’.

US cardiologist Dr Steven Nissen said: “It’s the right decision. We got the dietary guidelines wrong. They’ve been wrong for decades”. He estimated that about 20 per cent of cholesterol levels in your blood come from your diet, which means the rest is produced by your liver and is actually needed by the body.

Dr Chris Masterjohn added:“Since we cannot possibly eat enough cholesterol to use for our bodies’ daily functions, our bodies make their own. When we eat more foods rich in this compound, our bodies make less. If we deprive ourselves of foods high in cholesterol – such as eggs, butter, and liver – our body revs up its cholesterol synthesis.”

“Nuts were previously thought to contain too much cholesterol.” Sugar has now been identified as the “worst” food culprit for health problems, with GPs now focusing on weaning patients off the sweet stuff.

Cardiologist Dr Aseem Malhotra, who works with group Action On Sugar, says a clamp-down on the food industry is next.   He said: “It’s very clear that added sugar has absolutely no nutritional value whatsoever and, contrary to what the food industry want you to believe, the body doesn’t require any carbohydrate for energy from added sugar.   “And we know the food industry have been spiking our food with added sugars. We also know that carbohydrates and particularly refined carbohydrates – so carbohydrates that lack fibre, sugar being one of them – have the biggest impact on insulin in terms of surges of insulin in our body. And insulin is a fat storing hormone.” So, in summary, ditch your skinny latte for a full-fat latte and get some avocados down you.

The Real Truth about Cholesterol :The majority of the cholesterol in you is produced by your liver. Your brain is primarily made up from cholesterol.  It is essential for nerve cells to function. Cholesterol is the basis for the creation of all the steroid hormones, including estrogen, testosterone, and corticosteroids.  High cholesterol in the body is a clear indication which shows the liver of the individual is in good health.Dr. George V. Mann M.D. associate director of the Framingham study for the  incidence and prevalence of cardiovascular disease (CVD) and its risk factors states: “Saturated fats and cholesterol in the diet are not the cause of coronary heart disease. That myth is the greatest deception of the century, perhaps of any century” Cholesterol is the biggest medical scam of all time. There is no such thing as bad Cholesterol!  Men of science have abandoned truth for money.

Attempting to control cholesterol is a very, very dangerous practice that occurs in every hospital and medical clinic daily.By Ron Rosedale, MD         “Statin Drugs Actually Increase Heart Disease”So you can stop trying to change your Cholesterol level. Studies prove beyond a doubt, cholesterol doesn’t cause heart disease and it won’t stop a heart attack.  The majority of people that have heart attacks have normal cholesterol levels.

THE GREAT CHOLESTEROL SCAM By K.L. Carlson, MBA Cholesterol guidelines have been created to increase pharmaceutical profits, not to improve peoples’ health.  I know from my experience as a pharmaceutical sales representative for a statin drug.  We were trained to emphasize to physicians the new lower LDL guidelines that were ostensibly created by health experts. The truth is the majority of the experts who created the lower guidelines have multiple financial ties to pharmaceutical companies.  One expert was found to have ties to ten drug firms.

OUR BODY NEEDS 950 mg OF CHOLESTEROL FOR DAILY METABOLISM AND  THE LIVER IS THE MAIN PRODUCER. ONLY 15% OF CHOLESTEROL IS BEING  DONATED BY THE FOOD WE EAT.  If the fat content is less in our food we eat, our liver got to work more to maintain the level at 950 mg.  If the cholesterol level is high in our body, it shows the liver is working perfect.  Experts say that there is nothing like LDL or HDL.

Cholesterol is not found to create block any where in human body.  Why does it create block only in heart, where as calcium sediments create Block all over the body .. for example kidney, pancreas. Urinary bladder, gall bladder etc etcJ..NC VIII 2014 has also relaxed the BP target.