Even when I was young I used to wonder about Neivedhyam to God and have asked my parents.. Will God come and eat and even waited curiously to see HIM in action. But then my parents were not able to give me an acceptable explanation. I was just advised to have BELIEF. 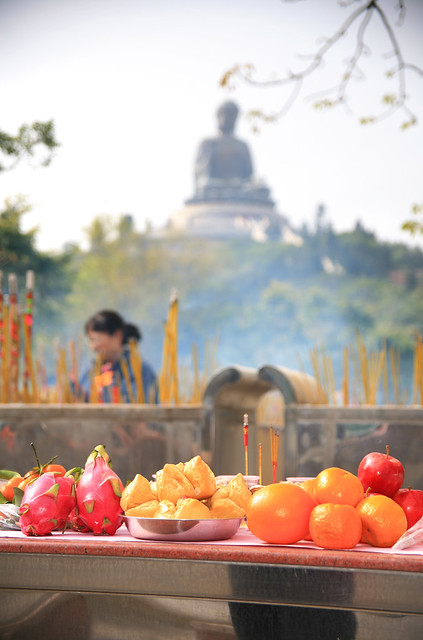 Here is a very good explanation with which we can convince our kids…     A Guru-Sishya conversation:

The sishya who doesn’t believe in God, asked his Guru this:                 “Does God accept our ‘Neivedhyam’? If God eats away the ‘prasadham’ then from where can we distribute it to others? Does God really consume the ‘prasadham’, Guruji?”.The Guru did not say anything. Instead, asked the student to prepare for classes.

That day, the Guru was teaching his class about the ‘Upanishads’.He taught them the ‘mantra’:”poornamadham, poornamidham, poornasya poornaadaaya….” and explained that: ‘everything came out from “Poorna or Totality.” (of Ishavasya Upanishad).Later, everyone was instructed to practice the mantra by-heart.

So, all the boys started practicing. After a while, the Guru came back and asked that very student who had raised his doubt about Neivedya to recite the mantra without seeing the book, which they did.

Now the Guru gave a smile and asked this particular sishya who didn’t believe in God. Did each of you really by-heart everything as it is in the book? The sishya said: “Yes!! Guruji”, I’ve recited whatever is written as in the book.  The Guru asked: If you have taken every word into your mind then how come the words are still there in the book?

God too is in the ‘Sooksma sthiti’. The offerings made to Him is done in ‘Stoola sthiti’. Thus, God takes the food in ‘Sookshmam’.

Hence, the food doesn’t become any less in quantity. While GOD takes it in the Sookshma sthiti, we take it as ‘prasadam’ in ‘stoola sthiti’.Hearing this the sishya felt guilty for his disbelief in God and surrendered himself to his GURU.